The Curse of the Gypsy: Ten Stories and a Novella 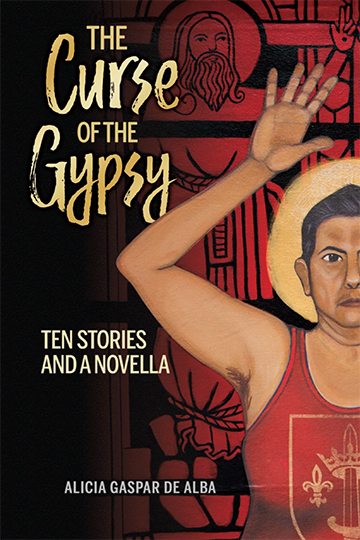 The Curse of the Gypsy: Ten Stories and a Novella (Arte Público Press, 2018)

From the back cover: Mysteries and furtive desires pervade the enthralling stories in this group of ten the author calls a “deconstructed novel.” Rich in imagery and language, they chronicle the gypsy’s life, including banishment from Andalusia by her mother, marriage to a famous Mexican bull fighter and the lives of numerous descendants who ultimately leave Mexico for El Paso, Texas. In one of the final stories, “Calaveras in the Closet,” the gypsy’s extensive family comes together for her funeral, where several long-guarded secrets will suddenly come to light.

Also included in this volume is a historical novella, a magic-realist retelling of an ancient legend about the first bearded female saint of the Catholic Church, St. Wilgefortis, whose cult was by Vatican II in 1969. Expertly weaving poetry, historical events, myth and legend into intriguing short fiction, Alicia Gaspar de Alba confirms her place as one of the leading contemporary Latinx voices.

Available from Arte Público Press, Barnes and Noble, and Amazon. In her introduction, Gaspar de Alba explains that the poems and prose poems here track her travels, physical and metaphorical, between1981-2001. The writing serves as a "bridge" in her life's journey, while "La Llorona is the border." (La Llorona, the mythical Mexican mourner who wanders in search of her lost children, is voice, soul, grief, mother, and duende, that elusive and vital artistic force.) The poet invites us to travel with her — all we need is an "open palm." (from www. newpages.com)

The Mystery of Survival 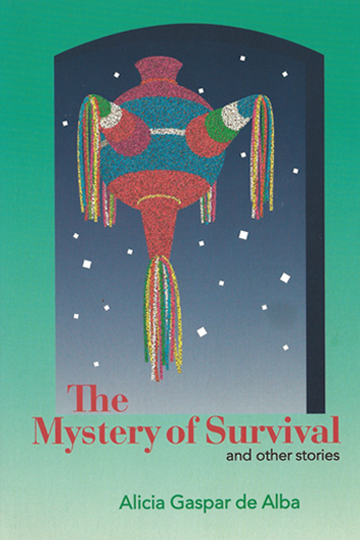 The Mystery of Survival and Other Stories (Bilingual Review Press, 1993)

In The Mystery of Survival and Other Stories, Gaspar de Alba considers the boundaries between sexes, lovers, cultures, generations, and beliefs and presents a body of work that allows her characters to both defy and celebrate these borders. This collection is peopled by those tenaciously exploring their places in the world: an ambitious young Mexican American reporter who quietly comes to understand the profound impermeability of this boundary as his Anglo editor refuses to see him as anything but an underling; a young woman haunted by the memories of her childhood along the United States/Mexico border; a boy who crosses the brittle line his parents have drawn between each other and chooses to show his allegiance to his mother. Gaspar de Alba reveals characters who, by exploring these boundaries, learn to define themselves and, ultimately, discover not just how to survive, but to flourish. (from the publisher).

Beggar on the Cordoba Bridge 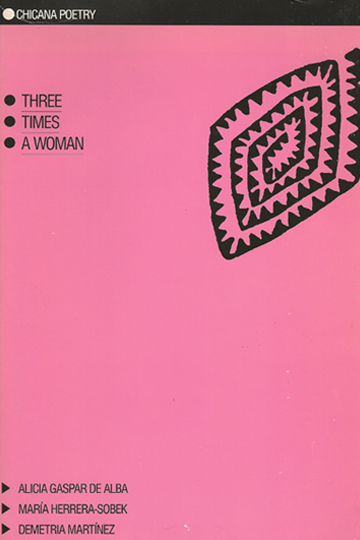 Also includes the work of Demetria Martinez and Maria Herrera-Sobek.