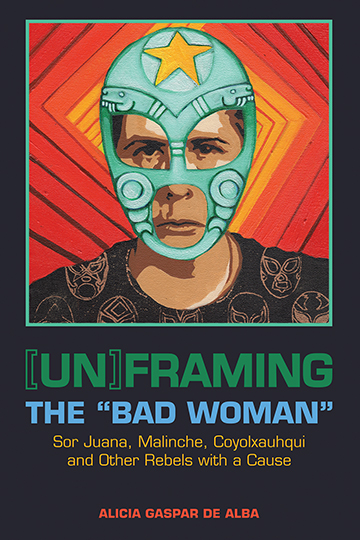 [Un]framing the "Bad Woman": Sor Juana, Malinche, Coyolxauhqui, and Other Rebels with a Cause (Univ. of Texas Press, 2014)

"This is an intellectually and emotionally generous book that will provide inspiration and intellectual leadership for generations of feminist students of color to come..."--Chela Sandoval, author of Methodology of the Oppressed

"What the women I write about have in common is that they are all rebels with a cause, and I see myself represented in their mirror," asserts Alicia Gaspar de Alba. Looking back across a career in which she has written novels, poems, and scholarly works about Sor Juana Inés de la Cruz, la Malinche, Coyolxauhqui, the murdered women of Juárez, the Salem witches, and Chicana lesbian feminists, Gaspar de Alba realized that what links these historically and socially diverse figures is that they all have been punished as well as remembered for rebelling against the "frames" imposed on them by capitalist patriarchal discourses.

Employing interdisciplinary methodologies of activist scholarship that draw from art, literature, history, politics, popular culture, and feminist theory, she shows how the "bad women" who interest her are transgressive bodies that refuse to cooperate with patriarchal dictates about what constitutes a "good woman," and that queer/alter the male-centric and heteronormative history, politics, and consciousness of Chicano/Mexicano culture. By "unframing" these bad women and rewriting their stories within a revolutionary frame, Gaspar de Alba offers her compañeras and fellow luchadoras empowering models of struggle, resistance, and rebirth.

Our Lady of Controversy 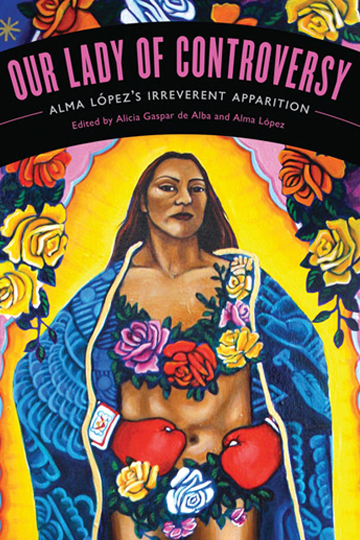 Months before Alma López's digital collage Our Lady was shown at the Museum of International Folk Art in 2001, the museum began receiving angry phone calls from community activists and Catholic leaders who demanded that the image not be displayed. Protest rallies, prayer vigils, and death threats ensued, but the provocative image of la Virgen de Guadalupe (hands on hips, clad only in roses, and exalted by a bare-breasted butterfly angel) remained on exhibition.

Highlighting many of the pivotal questions that have haunted the art world since the NEA debacle of 1988, the contributors to Our Lady of Controversy present diverse perspectives, ranging from definitions of art to the artist's intention, feminism, queer theory, colonialism, and Chicano nationalism. Contributors include the exhibition curator, Tey Marianna Nunn; award-winning novelist and Chicana historian Emma Pérez; and Deena González (recognized as one of the fifty most important living women historians in America).

"An exceptionally important and powerful collection of essays, opening new interpretive paths and new tools for the activist-scholar-student. This is the most serious consideration of the oeuvre of Alma López published to date." —Charlene Villaseñor Black, Associate Professor of Art History, UCLA 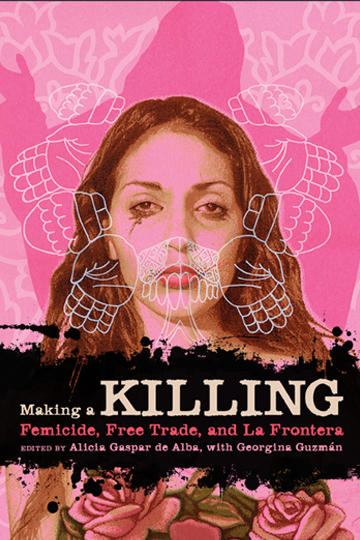 Since 1993, more than five hundred women and girls have been murdered in Ciudad Juárez across the border from El Paso, Texas. At least a third have been sexually violated and mutilated as well. Thousands more have been reported missing and remain unaccounted for. The crimes have been poorly investigated and have gone unpunished and unresolved by Mexican authorities, thus creating an epidemic of misogynist violence on an increasingly globalized U.S.-Mexico border.

This book, the first anthology to focus exclusively on the Juárez femicides, as the crimes have come to be known, compiles several different scholarly "interventions" from diverse perspectives, including feminism, Marxism, critical race theory, semiotics, and textual analysis. Editor Alicia Gaspar de Alba shapes a multidisciplinary analytical framework for considering the interconnections between gender, violence, and the U.S.-Mexico border. The essays examine the social and cultural conditions that have led to the heinous victimization of women on the border--from globalization, free trade agreements, exploitative maquiladora working conditions, and border politics, to the sexist attitudes that pervade the social discourse about the victims. The book also explores the evolving social movement that has been created by NGOs, mothers' organizing efforts, and other grassroots forms of activism related to the crimes. Contributors include U.S. and Mexican scholars and activists, as well as personal testimonies of two mothers of femicide victims. 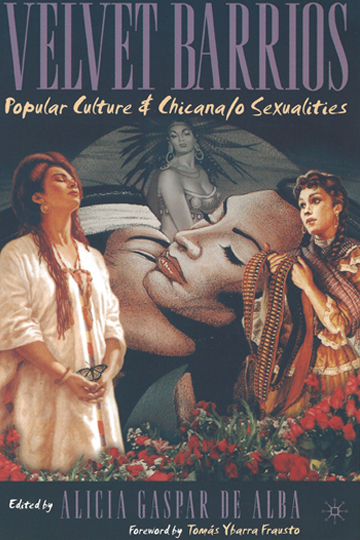 In Chicano/a popular culture, nothing signifies the working class, highly-layered, textured, and metaphoric sensibility known as "rasquache aesthetic" more than black velvet art. The essays in this volume examine that aesthetic by looking at icons, heroes, cultural myths, popular rituals, and border issues as they are expressed in a variety of ways. The contributors dialectically engage methods of popular cultural studies with discourses of gender, sexuality, identity politics, representation, and cultural production. In addition to a hagiography of "locas santas," the book includes studies of the sexual politics of early Chicana activists in the Chicano youth movement, the representation of Latina bodies in popular magazines, the stereotypical renderings of recipe books and calendar art, the ritual performance of Mexican femaleness in the quinceañera, and mediums through which Chicano masculinity is measured. (from the publisher). 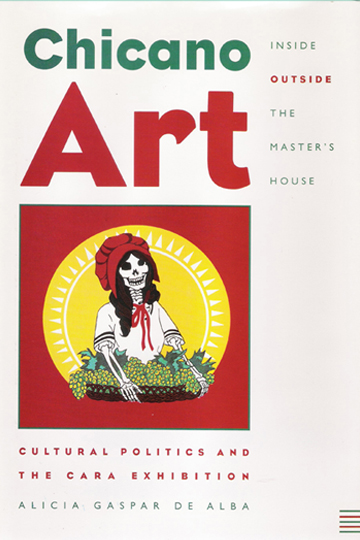 In the early 1990s a major exhibition--"Chicano Art: Resistance and Affirmation, 1965-1985"--toured major museums across the United States. The exhibit attracted both praise and controversy. This book presents the first interdisciplinary cultural study of the CARA exhibit. Alicia Gaspar de Alba shows how the exhibit reflected, and serves as a model for, the cultural and sexual politics of the Chicano Movement. 20 color and 58 b&w photos. (from the publisher)